On August 5, 1965 at 1020 hrs. at the old law office of Aikins, MacAulay and Co. in downtown Winnipeg, the Association was officially incorporated and the President of the Association, Dr. Max Desmarais was elected.

The first indications that people wanted to form a Provincial Association came from the Executive of the West Hawk Lake Yacht Club who asked their Commodore to test the idea out on other sailors from across the Province. In the beginning this group was convened during 1964 and 1965 by Dr. Allan McCulloch a member of the West Hawk Yacht Club. Such meeting venues as Pierre’s Restaurant and the X Ray Therapy Department of the General Hospital were used for the first meetings. From these meetings, the participants found that they had common ground and decided to incorporate a new body to represent sailing in the Province. On August 5, 1965 at 1020 hrs. at the old law office of Aikins, MacAulay and Co. in downtown Winnipeg, the Association was officially incorporated and the President of the Association, Dr. Max Desmarais was elected.

The founding directors as listed on the minutes of the meeting were as follows:

The Association grew quickly during the sixties largely as a result of the growth of the Y-Flyer, the Fireball and the Lightning Class, which were boats that could be easily constructed and trailered by the average person. Hundreds of these boats were built and Winnipeg saw its first sailboat manufacturer start up. The Western Sailcraft Company, started by Dr. Richard Johnstone, built fireballs and Cadets. Later as the demand for all out racing boats ebbed, the Albacore became very popular and was a standard line of the company.

One of the first projects of the infant sailing association was the creation of a mobile sailing school. The project was undertaken by Dr. Richard Johnstone, who began to build wooden Cadets in his basement in Winnipeg. Soon there were four Cadets traveling the province, teaching hundreds of kids how to sail. Indeed many members of the Association today can still remember when the mobile sailing school with Peter Moss, Angus Campbell, and Cam McCulloch first came to their lake close to 40 years ago. The school continued until 1968 when many of the clubs began to run their own instructional programs. Perhaps the crowning achievement of the sixties for the Manitoba Sailing Community was the hosting of the Pan Am Games. In the space of a year, a province that was just becoming organized in sailing built the Gimli Yacht Club and was visited by some of the best sailors in the world. For years after, the momentum of the Games helped the Association grow and become part of the fabric of Manitoba's sporting community.

Dr. Desmarais continued as President of the Association from 1965 to 1969, until in 1970, the Presidency changed hands, as the MSA developed the custom of electing a new Executive for one or two years terms. It was about that time that Charles Fleming of Coldstream Industries became involved as Secretary/Treasurer, a post that he held until his death in 1975. Mr. Fleming was a long time sailor who took a very active part in organizing the financial and administrative aspects of the MSA. He also donated the Coldstream Cup in recognition of a season of excellence within the MSA. 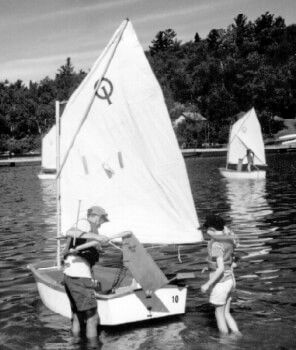 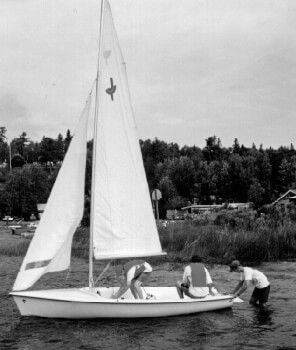 During the 70’s, the MSA witnessed the boom of the Laser generation and the Keelboat generation.

In 1969, Alan Cool became the first editor of the Porthole Magazine, the Association’s primary communication vehicle. The second editor of the porthole was Chuck and Barbara Page who carried the magazine through its early years, doing all the work by themselves and establishing the Porthole as an institution on the Manitoba sailing scene. In the late seventies, under the editorship of Greg Pilot, the Porthole expanded to a glossy magazine format that was the envy of the entire country. Unfortunately, the company that distributed the magazine, Pemex Ltd., went into receivership, forcing the Association to reduce the size and scope of the production. In 1985 this magazine had a circulation of 700 and had a part time staff of three.

During the 70’s, the MSA witnessed the boom of the Laser generation and the Keelboat generation. Hundreds of new people started sailing these new fibreglass production boats, which emphasized low upkeep and excellent durability. This technological change was traumatic to sailing as it saw the disappearance of the expert craftsman who took pride in the upkeep of his boat. Instead he was replaced by the Tupperware generation who replaced their boats rather than fix them. In terms of racing, the Tupperware generation abandoned two man dinghies for the single handed Laser and the four men Keelboat.

Traditional dinghy yacht clubs suffered membership declines while new keelboat yacht clubs sprang up in many locations. As the 70’s progressed, the catamaran generation surfed out of California and landed in Manitoba causing sailors here to re-think how they had fun. Hoards of speed demons criss-crossed our lakes, flying hulls and reaching new speed records effectively re-writing the sailing manuals according to Hobie.

The 80’s have seen many things; the recession, the new Mobile Sailing School, the Provincial Sailing Team, the Quebec 84 Challenge, the Judges training program, the Governor General’s Cup, the Learn to Cruise program, the Board Patrol and the beginning of the Club Council but they all pale in the light of the Boardsailing boom. In less than ten years, literally thousands of people have started sailing on small plastic planks with no formal training or real economic investment. Boardsailing has revolutionized how one goes about sailing, what people think about sailing, who participate in it, and how much it costs to get involved. This truly is the free spirited sport of the eighties, and one that has profoundly affected the MSA and all sailing in Manitoba

With the advent of lottery dollars sport funding improved dramatically in the 80’s. The MSA was a major beneficiary of this support and for the first time was able to support a Provincial Team Program. Coaching, mobile sailing schools, provincial team funding and major regattas were all supported by the MSA. In the space of four years the MSA went from an obscure sport to one of the top funded sport governing bodies in the province. An amazing feat when you consider our climate and the numbers of sailors in the province. A dedicated group of volunteers focused making Manitoba’s sailors the best in the country. Results soon followed.

The MSA hosted some of its biggest regattas in the 90’s. The Royal Lake of the Woods Yacht Club hosted the Opti Canadians which was selected as the best run regatta in that year by the CYA.

Although sailing’s profile was ever increasing, sometimes it was not as every one had wished. In the spring of 1988 the MSA was thrust into the media when its team trailer broke loose and skewered a hapless Honda Civic; exploding the Civics’ gas tank and burning the car, the trailer and two lasers to the ground. The coach of the day, who is now a prominent physician, was quoted saying, ‘I know I put the safety chains on the trailer!’ Fortunately no one was hurt and the only complaint was ‘Why can’t sailing get into the news when we have something good to say?’

As the 90’s came into being the MSA continued to focus on its athletes. Amazing results were soon coming regularly. Murray McCaig won the Mistral Canadian and North American Championships, Mike & Doug Couture won the Laser II Canadian Championships, Charlene Hermiston and Kelly Hand won the Laser II women’s Canadians. Kelly Hand and Kelly McCaig each won gold medals at the 1993 Canada Games. Numerous other sailors were winning major events and attracting attention, as it was a golden age for the MSA. During the 1993 Canada Summer Games in Kamloops Kelly Hand was selected as the flag bearer for Team Manitoba during the opening ceremonies, an honor never given to a sailor before.

The MSA hosted some of its biggest regattas in the 90’s. The Royal Lake of the Woods Yacht Club hosted the Opti Canadians which was selected as the best run regatta in that year by the CYA. In 1994 the Gimli Yacht Club and the MSA hosted the World Boardsailing Championships. Over 240 athletes from 42 countries descended on the Town of Gimli. During the 1st weekend of the event the RCMP estimated that 18,000 spectators were down at the beach watching the competition; the most spectators to watch a sailing event in Canada. Later that year the MSA and the Gimli Yacht Club were awarded the CYA’s volunteer of the year award for their remarkable job of hosting the second largest windsurfing event ever. In 1997 the Pelican Yacht Club played host to the Canada Games. In the space of three years the club raised close to half a million dollars to improve their facilities. Today the club boasts a breakwater, slips for over 30 keelboats, and one of the largest clubhouses in Manitoba. Two years later the Gimli Yacht Club and the MSA hosted the PAN AM Games in Gimli. 32 years after being created to host the 1967 PAN AM Games, Gimli was ready to do it again. Superb race management, friendly volunteers, and one of the finest sailing venues in the world made the event an outstanding success.

In 2002 the Gimli YC hosted the Canadian Youth Championships and a cohort of volunteers made the event happen. The Championship was dominated by female sailors, who won in every category. Sailing Team member Tanja Smutny won the Europe Class event and Katja Smutny with Cassidy Richardson won the 29er event.

Again it was the Gimli Yacht Club who hosted the Western Canada Summer Games in 2003 and again both, Tanja Smutny in the Europe and Katja Smutny with Kristy Slough won gold in their respective class.

The Gimli Yacht Club established itself by now as the Sailing Centre in Manitoba. 2003 was also the year of the Canadian Optimist Championships at the Lake of the Woods Yacht Club. With a huge renovation of the clubhouse and new sailing facilities, as well as a new fleet of Optis and 420s, the club members celebrated their 100th anniversary.

In 50 short years the MSA, now Sail Manitoba, has grown to become a mature Provincial Sport Governing Body. It has seen many up and downs; but it has survived them all because of the strength of its member clubs and volunteers. The near future looks bright and the years to come look just as successful, exciting and dynamic. 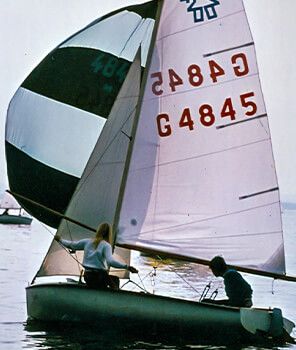 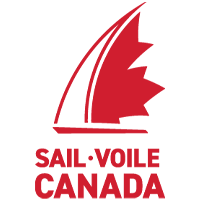 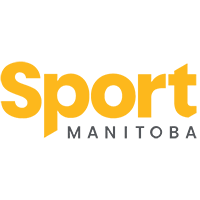